In response to tribal requests, Ethnoscience has completed over 1,000 ethnographic overviews for proposed cell tower projects. Our staff has invested countless hours reviewing available literature and historic records for documented Native American cultural activity within the surrounding area of a proposed cell tower location. We also consult SHPO databases to identify previously recorded sites that may be considered culturally sensitive, such as burials, stone feature sites, vision quests, and other sites of a ceremonial nature. Ethnoscience provides a summary of tribal movements and specific areas of known activities for every ethnographic request. These reports will typically include discussions on topics such as Native American place names, battles and skirmishes, campsites, and gathering locations, as well as a list of plant and fauna species utilized by the tribes. Our ultimate purpose is to identify all areas that may be considered culturally significant to tribes in order to assist them in making an informed decision regarding potential visual impacts to sites of significance. 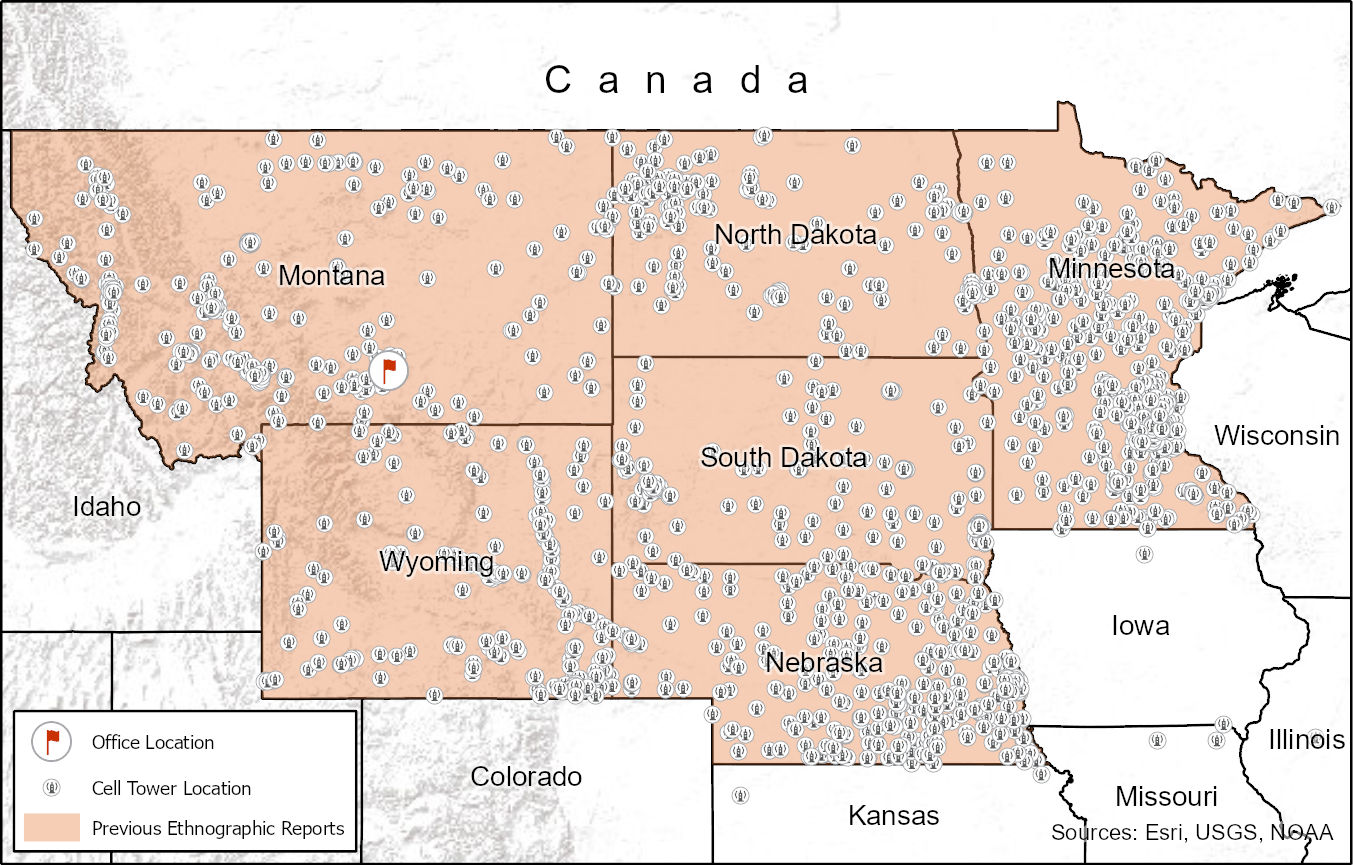